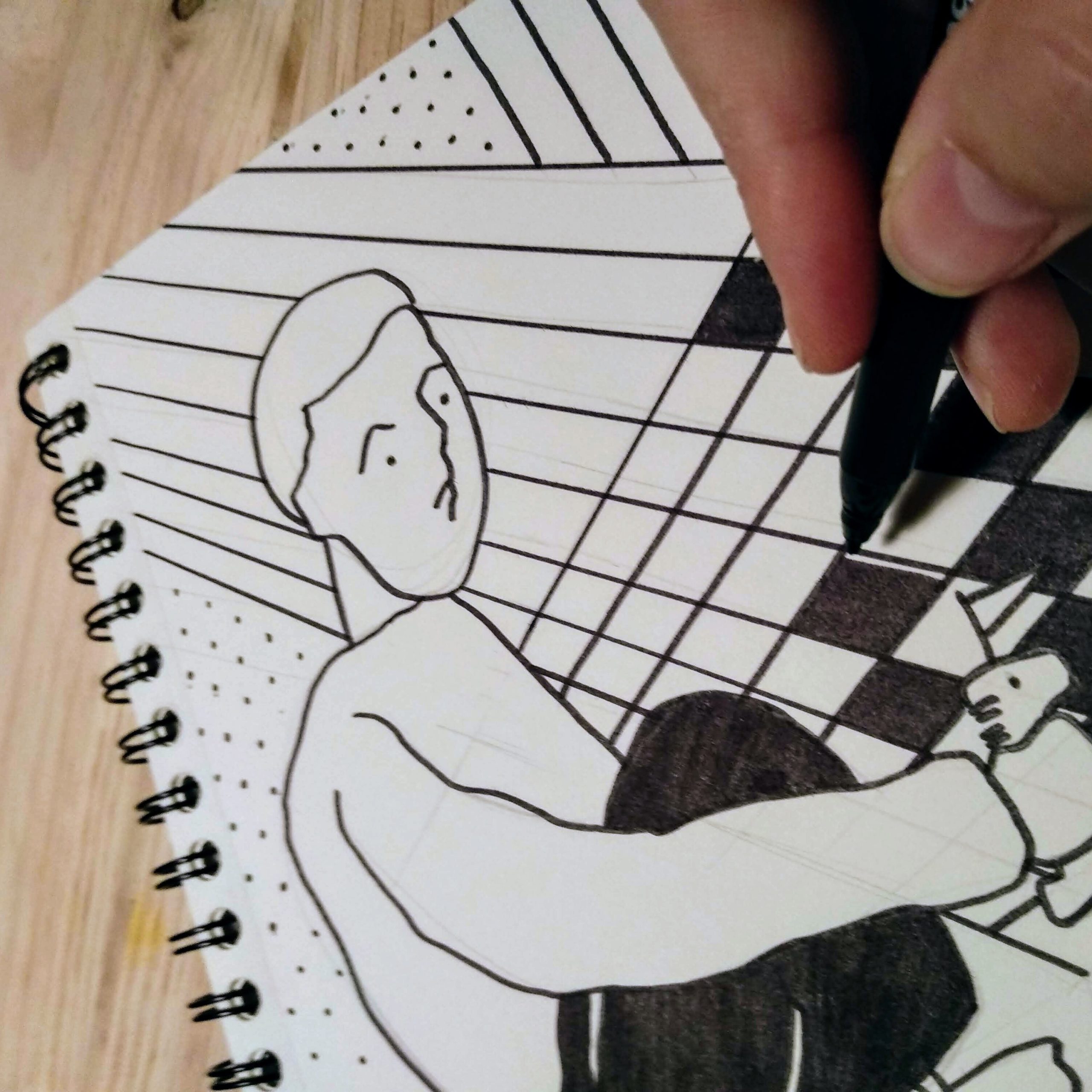 The fanzine speaks about women and those movements or figures that, during the year 2019, have contributed to represent women and transforming our vision we have about her.

The purpose of the project is to transform the vision we have about women as an object, honoring the work of many women who have favored exalting our image, and transmit a critical attitude towards those elements that continue to be an obstacle to equality.

Drawing inspired by the song of Peter Gabriel “Games without frontiers” hat, as described in his article Peter Gabriel, música para un mundo sin fronteras Fidel Oltra, “In that same album Gabriel included a song inspired by the Jeux sans frontières in a double sense: as a metaphor for the crazy war games that were held by world leaders, and also as a vindication of a globalized, twinned world, free of borders and barriers of all kinds.”

Through this drawing this antagonism is represented between games as war and as a disruptive element, transmitting this nostalgic, repetitive and dramatic character of the musical piece.

Style inspired by the excellent work of the artist Antonia Corduneanu, artist who plays with repetition, depth and contrast.

Drawing the hand that is drawn…

The work of M. C. Escher is truly fascinating, both for its technique and for the paradoxical worlds it reflects, which leads me to create my own paradox by drawing the hand that draws itself.

Pencils between HB and 8B, the hardest to define and mark the lines, and the softest for the widest shadows.